You are using an outdated browser. Please upgrade your browser to improve your experience.
by Brent Dirks
July 26, 2012
While in the middle of a patent fight with Samsung, Apple is escalating a trademark battle with Amazon over the term “App Store,” according to GigaOm. In recent court filings, Apple wants to question an Amazon executive on why the words “for Android” were dropped from some of the store’s marketing materials. The documents also said that the use of the “Amazon Appstore” name was meant to confuse the marketplace:

evidence suggesting that the name of Amazon's Service is actually "Amazon Appstore," or at least that Amazon has consciously chosen to cease or minimize the use of "for Android" with its mark, is highly relevant to Apple's offensive case [...] Amazon has steadfastly refused to produce documents and information regarding the use of "for Android" in connection with its service [...] Amazon has failed to produce a witness who can testify regarding the decision not to use "for Android" with the Amazon Appstore Service outside the context of the Kindle Fire, despite clear evidence that Amazon frequently does not use "for Android" in conjunction with its Service.

The battle with Amazon stretches all the way back to mid-2011. In 2008, Apple submitted a trademark application for the term “App Store” in the United States. Amazon, along with a host of other companies like Microsoft, believe the phrase is generic and shouldn’t be trademarked. Our own A.T. Faust III had an interesting opinion on the matter a little more than a year ago, and it’s definitely a good read. I agree with his take saying that Apple created the “apps” and “App Store” terms, and the company is simply trying to protect the phrases from becoming the next Frisbee or Kleenex. Should Apple be able to trademark the term, or is Amazon correct in saying that it’s too generic now? Source: GigaOm 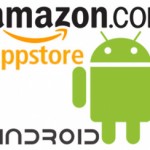 Apple Escalating Battle Against Amazon Over 'App Store' Term
Nothing found :(
Try something else