You are using an outdated browser. Please upgrade your browser to improve your experience.
by Joe White
June 11, 2013
Though Apple's Maps app isn't set to receive much of a major performance overhaul in iOS 7 (with Apple rather aiming for gradual improvements to the service), one aspect of the application to change - as with Apple's mobile operating system at-large - is the app's icon. Particularly, in iOS 7 Apple has relocated the Maps app icon to reflect its forthcoming move from Infinite Loop to the all-new "Campus 2," 9to5Mac explains. As you can see in the above image, the location shown in iOS 7's Maps app icon is indeed Apple's Campus 2 address. Apple is expected to move into the spaceship-like campus in mid-2016, and the impressive building will offer employees a central power plant, a 1,000-seat corporate auditorium, a fitness center, a 3,000-seat cafeteria, and more. Apple Maps is also set to make the jump to Mac with OS X Mavericks, Apple's next-generation operating system for Mac, which shares a number of interesting features with iOS. If you missed yesterday's event, be sure to see: Video: Hands-On With iOS 7, Our Initial Thoughts On iOS 7, OS X Mavericks And More, and View The Entire WWDC Keynote Now. You can also browse through all of AppAdvice's WWDC 2013 coverage by using our dedicated "WWDC 2013" tag. 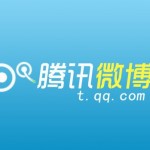 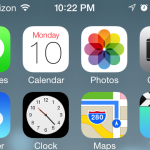 Video: AppAdvice Goes Hands-On With iOS 7
Nothing found :(
Try something else