You are using an outdated browser. Please upgrade your browser to improve your experience.
by Aldrin Calimlim
June 10, 2013
On the eve of WWDC 2013, both the Wall Street Journal and the New York Times have come out with similar reports all but confirming what Apple is about to announce at its developer conference this year. According to the two publications, Apple is set to announce a redesign of iOS and a new music streaming service along with new Mac notebooks. The Wall Street Journal reports:

A thrust of Apple's counterattack on Monday is an overhauled mobile operating system for iPhones and iPads. The next version of its iOS software—now overseen by Apple's longtime hardware-design guru, Jonathan Ive—will have a new look, according to people involved in its development. Apple is expected to give developers an early version of the software this week and release it to consumers in the coming months.

The Journal reiterates what have long been rumored about the redesign, dubbed iOS 7: that it's going to be shunning skeuomorphic design in favor of a "flat" look and feel. The business-oriented newspaper also notes that the mobile operating system has become outdated, originating as it does at a time when users still needed to understand how to use the then newfangled iPhone. This goes in line with Daring Fireball blogger John Gruber's remark earlier today:

The primary problem Apple faced with the iPhone in 2007 was building familiarity with a new way of using computers. That problem has now been solved. It is time to solve new problems.

Furthermore, the Wall Street Journal claims that iOS 7 will include "new ways to share photos and videos with other iPhone users, as well as other enhancements." These "new ways" may very well be pointing to the long-overdue integration of the currently Mac-only AirDrop file-sharing tool into iOS. The publication adds that Apple is expected to launch its highly anticipated music streaming service, commonly called iRadio. According to the Wall Street Journal, iRadio will "feature 'Buy' buttons to drive downloads." For its part, the New York Times reports on the imminent debut of iRadio thus:

On Monday, at the opening of its annual developers conference in San Francisco, the company is expected to unveil an Internet radio service that will stream songs over a data connection instead of storing them on a device, according to people briefed on the negotiations. The service is expected to be free, but supported by ads.

Just a couple of days ago, it was reported that Apple had finally signed a deal with Sony Music, in addition to Universal Music and Warner Music. With that, the company had completed the trifecta of licensing partners it needed to launch iRadio. We'll know for sure what Apple has in store for us when WWDC 2013 kicks off with the company's keynote address at 10 a.m. PDT tomorrow. Keep it here on AppAdvice as we provide full coverage of the event. 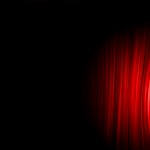 The AppAdvice Week In Review: Preview And Predictions For WWDC '13
Nothing found :(
Try something else