You are using an outdated browser. Please upgrade your browser to improve your experience.
by Bryan M. Wolfe
June 7, 2013
Get ready to rock! Sony Music has officially signed on for Apple’s “iRadio” service. This means that each of the three major music labels are now onboard for the Pandora-like service, according to AllThingsD. This news almost certainly means that Apple will announce its streaming music service at Monday’s keynote address at the Worldwide Developers Conference (WWDC). However, iRadio isn’t expected to go online next week – at least to the public. Apple developers will likely get the first crack at iRadio before a public release later in the year. Regardless, the signing of Sony Music is a big deal for Apple, and the music industry as a whole. Long-rumored, Apple’s iRadio service was originally supposed to go online in 2012. However, Cupertino had been unable to sign contracts with the biggest names in music, which led to its delay. The streaming music service is expected to be free and supported by ads. Despite this, iRadio is said to be easier to customize than Pandora. As a result, the service is being described as somewhere between Pandora and Spotify. Some questions remain, however. For one, it isn’t known whether Apple will offer some sort of iRadio Premium service that would eliminate the ads. For another, we don’t yet know whether iRadio will run through iTunes, or through a separate application. As a reminder, the WWDC keynote begins at 10 a.m. on Monday, June 10. As usual, we’ll be at the event to bring it to you live. See also: Report Says iRadio Will Offer Both Audio Ads And Regular iAds, WWDC 2013 Countdown: Three More Things Apple Should Announce In June, and Apple Could Wow WWDC Audience With New Internet Service, ‘Killer’ New App. 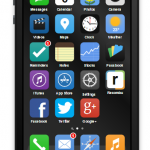 The Latest iOS 7 Concept To Hit The Web Is Interactive 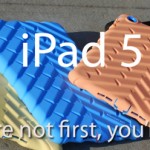 One Case Maker Thinks The iPad 5 Will Be Unveiled At WWDC
Nothing found :(
Try something else