You are using an outdated browser. Please upgrade your browser to improve your experience.
by Joe White
June 15, 2013
In Canada, both Rogers Wireless and Telus are to offer the LTE-enabled iPad and iPad mini in the "coming weeks," while Wind Mobile has started offering nano-SIM cards for AWS iPhone 5 handsets for $25. The news reached us from Engadget, who notes of Rogers and Telus' forthcoming LTE iPad availability:

Details are scarce, although the two networks promise that they'll keep offering contract-free data plans. We've reached out to learn whether or not Bell is following suit.

In addition, Wind Mobile is now offering nano-SIMs for the iPhone 5, provided customers have an AWS-enabled smartphone (model number A1428), with serial numbers beginning:

Though Wind isn't offering LTE, customers will nevertheless have access to the carrier's HSPA+ data network. As noted above, Rogers and Telus are said to be offering the LTE-enabled iPad and iPad mini from their respective stores in the "coming weeks." Check back with us for updates. In the meantime, see: AT&T Enables Government Emergency Alerts For iPhone Users, Impressive Concept Shows iOS 7 Running On A 4.3-Inch iPhone Handset, and Today's Best Apps: Bob Player And Quadropus Rampage. 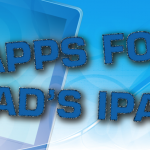 Need A Father's Day Gift For Dad? Try These Apps For Dad's iPad
Nothing found :(
Try something else