You are using an outdated browser. Please upgrade your browser to improve your experience.
by Joe White
June 30, 2013
Purported images of Apple's anticipated low-cost iPhone handset have surfaced online, all of which indicate that the upcoming smartphone will indeed feature a plastic polycarbonate shell and could be available in a number of different colors. The images, first spotted by Nowhereelse.fr, consist of the above plus two further photographs (included below), with all three showing only the rear shell of the rumored low-cost iPhone. The exhibited iPhone shells echo previous reports indicating that Apple's "budget" smartphone will be available in different colors. Though besides the pictured yellow, pink, and lime green, we've also heard that a black colored low-cost iPhone could also be in development. Despite earlier predictions claiming that Apple's budget iPhone could capture 11 percent of the low-cost handset market by the end of 2014, more recent reports have argued that the less expensive smartphone won't actually be all that "cheap." Either way, reports have consistently suggested that the handset, if it indeed launches later this year, will feature a polycarbonate plastic shell and will be available in a number of different colors. While the legitimacy of the above images can't be verified, the three photographs would suggest that more colorful iPhones are indeed in the cards. We'll keep you updated with more information as we receive it. In the meantime, for more of today's news, see: Today's Apps Gone Free: Balloon Stickies, Paper Camera, Ten Giggly Gorillas And More, Watch Mickey & Friends Cartoons Both Old And New With Mickey Video For iOS, and The AppAdvice Week In Review: Google Reader's Demise, iOS 7's Rise And Donald Duck. 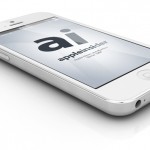 New Renderings Suggest That Apple's Budget iPhone Won't Be Cheap
Nothing found :(
Try something else