You are using an outdated browser. Please upgrade your browser to improve your experience.
by Joe White
June 18, 2013
One registered developer has been digging around Apple's iOS 7 beta 1 SDK, and in doing so appears to have discovered a series of features and configurations which Apple has chosen to disable in the current build of its prerelease mobile OS. Included in the selection of "hidden features" is the option of enabling app folders within folders, additional gestures, the ability to hide built-in applications, and more. The developer, Hamza Sood, @hamzasood, discovered the above features within a hidden "SpringBoard" section of the Settings app in iOS 7 (pictured above). Here, aspects of the mobile operating system such as parallax, dock, folders, and Control Center can be adjusted. Though the aforementioned hidden features aren't available in iOS 7 beta 1, their presence in the mobile operating system nevertheless gives us an idea both of what Apple was and could be planning for the seventh iteration of its iOS. While offering iDevice owners this level of user customization would be markedly out of character for the Cupertino, Calif. company, one or more of the above features could nevertheless appear in a future beta release of iOS 7. Additional gestures, for example, which appear to interact with fast app switching, may be a possibility. 9to5Mac explains:

In terms of new functionality being tested, the ability to hide pre-installed apps (a feature that many users have been requesting) is present in these settings. The ability to create a new folder inside of a folder is also present. This function would seem more important in the old folders implementation as iOS 7′s folders system allows for multiple pages of apps to be stored inside of each folder. The option to pinch to close folders is also present in these settings.

Below, we've included a video which outlines the above hidden features in a simulated version of iOS 7 beta 1, along with a gallery of screenshots. Which addition to the iOS would you prefer to see? http://www.youtube.com/watch?v=9DP7q9e3K68&feature=player_embedded

[gallery columns="2"] See also: The AppAdvice iOS 7 Quick Pick: Auto App Downloads And Passbook Change Highlighted, Cydia Tweak: How To Make iOS 6 Look Like iOS 7, and How Much Does iOS 7 Borrow From The Jailbreak Scene?. 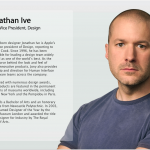