You are using an outdated browser. Please upgrade your browser to improve your experience.
by Joe White
June 16, 2013
Registered developers can now take a closer look at iOS 7 for iPad. Though Apple has yet to release iOS 7 beta 1 for the iPad or iPad mini, it's nevertheless possible to emulate Apple's forthcoming mobile operating system running on an iPad using the developer-only Xcode 5. The process is relatively simple, and involves copying a file from Xcode 4 over to Xcode 5. 9to5Mac explains:

Below, we've included a gallery of screenshots showing the emulated iOS 7 running on a virtual iPad, which should give you an idea of what we can expect to see once developers get their hands on iOS 7 beta 1 for the iPad and iPad mini. [gallery] For more iOS 7 related news, see: The First iOS 7-Inspired App Updates Are Now Appearing In The App Store, Apple's iOS 7 Beta 1 Attracts Interest, Now Running On 0.22 Percent Of U.S. iDevices, and Song Scrubbing Is Finally Added To The Lock Screen In iOS 7. Image credit: Apfelpage.de 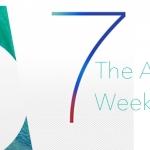 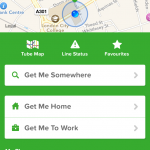 The First iOS 7-Inspired App Updates Are Now Appearing In The App Store
Nothing found :(
Try something else