You are using an outdated browser. Please upgrade your browser to improve your experience.
by Brent Dirks
June 14, 2013
Update: Apple has taken notice. On the page in question, the graphic is now showing the same icons included with the first iOS 7 beta. Apple’s iOS 7 site, at least for mobile device users, is showing some alternate icons for stock programs. In the section entitled “Everything has been thought through. And through.” on this particular page, there are different icons for Weather, Passbook, Reminders, and Newsstand. Easily the biggest change is with the Weather icon. Instead of the simple icon, composed of the sun and clouds in the first iOS 7 beta, we’re greeted with the all-too-familiar 73 degrees. Passbook loses its bright orange bottom card and adds some greener tones overall. Reminders, compared with the shipping version of the icon, has a gray background and a different color order for the dots. Newsstand also sports the same gray background. It’s unknown whether these different icons will appear in future betas of iOS 7. I think more than likely these were just earlier versions of the icons that were mistakenly placed on Apple’s site. I’m still not holding out much hope for a dynamic weather icon either, especially since the alternate version says the same 73 degrees that has mocked iPhone users for years. If you’re interested in other, recent iOS 7 news take a look at: Will iOS 7 Beta 1 Slow Down Your iPhone?, Macintosh Graphic Designer Susan Kare Approves Of Divisive iOS 7 Icon Design, and Apps In iOS 7 Want To Make Sure It's Okay To Access ... Your Microphone? Via: 9to5Mac 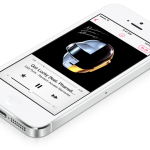 Op-Ed: Is That The Best You Can Do, Apple? Limitations Could Mean Doom For iTunes Radio
Nothing found :(
Try something else