You are using an outdated browser. Please upgrade your browser to improve your experience.
by Aldrin Calimlim
June 19, 2013
OS X Mavericks, the new version of Apple's popular desktop operating system, is set to include LinkedIn integration. But is iOS 7, the new version of Apple's popular mobile operating system, set to do so as well? We asked a similar question last week, when iDownloadBlog's unidentified sources suggested that LinkedIn integration on iOS 7 could be launched in the months to come. But now we have a new report from 9to5Mac claiming that Apple is indeed testing LinkedIn integration on iOS 7:

Further bolstering the presence of third-party social networks in iOS, Apple is testing deep LinkedIn integration for the upcoming release of iOS 7, according to code-based references found inside of the first beta of iOS 7. The code points to a single-sign-on system, similar to how iOS integrates Facebook and Twitter, for LinkedIn accounts. The references also indicate that users will be able to easily post content, such as Web links, to LinkedIn via a share-sheet or through iOS applications.

As to the absence of LinkedIn integration in the first iOS 7 beta, which was released by Apple to developers last week, 9to5Mac quotes its source, Hamza Sood, as saying that the feature lacks some piece of code for it to function. The first beta version of iOS 7 already integrates with Flickr, Vimeo, and Tencent Weibo, in addition to Twitter, Facebook, and Sina Weibo. 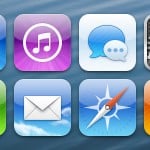 One Former Apple Designer Offers His Own iOS 7 Concept 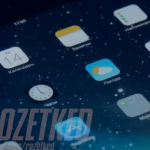 New Video Purportedly Shows Alpha Version Of iOS 7 Running On iPad
Nothing found :(
Try something else