You are using an outdated browser. Please upgrade your browser to improve your experience.
by Brent Dirks
June 26, 2013
According to a recent report from Juniper Networks, the Android platform currently hosts 92 percent of all mobile device malware. That’s up from 24 percent in 2010. From March 2012 to March of this year, the total amount of mobile malware has grown a whopping 614 percent. And fragmentation is helping to fuel the amount of malware on the Android platform. Juniper Networks says that 77 percent of threats on Android could be largely eliminated if all devices had the latest version of the OS. But currently only 4 percent of devices run Android 4.2.

"There's no doubt mobility will continue to be a pervasive and disruptive force across every industry,” said Troy Vennon, director of the Mobile Threat Center at Juniper Networks. “We have found that it has created an easy business opportunity for malware developers who are becoming savvy in their approach to quickly turn profits in a rapidly growing market. We anticipate that similar to the evolution of PC-based threats, mobile attacks will continue to increase and become more sophisticated in the coming years."

Apple has recently been leveraging the malware threat to bash Android. In March, vice president of worldwide marketing Phil Schiller used Twitter to link to another recent Android malware report. 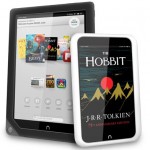