You are using an outdated browser. Please upgrade your browser to improve your experience.
by Brent Dirks
June 24, 2013
Microsoft is about to jump on the iOS gaming bandwagon in a big way. According to a report from the Nikkei, the company will port a number of its Xbox and computer titles to iOS starting sometime this fiscal year. The games will appear on iOS thanks to a licensing deal with Japanese developer Klab Inc. Age of Empires will reportedly be one of the first titles to makes it way to the App Store as a free-to-play game. If this report is true, it will be even more great news for iOS gaming. I’ve been engrossed playing XCOM: Enemy Unknown on my iPad, and have been enormously pleased with how the console experience has translated to iOS. Now that Microsoft Office is (kind of) on the iPhone, hopefully the company will bring a large amount of its gaming properties to the App Store. Anyone ready for some Halo action on the iPad? Via: Reuters 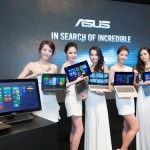 Microsoft Once Again Attacks Apple's iPad In New TV Ad
Nothing found :(
Try something else