You are using an outdated browser. Please upgrade your browser to improve your experience.
by Bryan M. Wolfe
June 24, 2013
Steve Wozniak hasn’t seen the upcoming biopic, "Jobs." However, the Apple co-founder has seen the new trailer for the movie, which opens in theaters on Aug. 16. After trashing "Jobs" based on a previously released clip, Wozniak has now decided to reserve judgment – at least until he has seen the entire movie. In a long-ranging interview with Gizmodo, Wozniak states:

I allow a lot of artistic interpretation for the sake of entertainment and inspiration, as long as the implied meanings of the scenes are accurate. I can’t judge that until I see the film.

Wozniak’s biggest concern is that "Jobs" will portray his friend as a saint, which he was not. He states:

I have a little bug in me that says that this movie will portray Steve as a saint who was ignored, rather than one of the key people who led Apple through failure after failure (Apple III, LISA, Macintosh) while the revenues poured in from the Apple II that Jobs was trying to kill. It's nice to have the luxury to fail. The Macintosh market was created in the 3 years after Jobs left, with a lot of effort, by some who Jobs disdains.

Here is the latest "Jobs" clip: "Jobs" stars Ashton Kutcher as the late Apple CEO, and Josh Gad as Wozniak. The movie was supposed to open in April. However, after opening at the 2013 Sundance Festival to mostly negative reviews, its launch was delayed. Along with a new release date, the film is no longer spelled "jOBS." For more information, see: Wozniak Says New Apple Products Will ‘Surprise And Shock’, and Never Seen Before: Steve Jobs Discusses His Legacy In Rare 1994 Video. 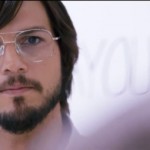 First Full Trailer From Ashton Kutcher’s ‘Jobs’ Unveiled
Nothing found :(
Try something else