You are using an outdated browser. Please upgrade your browser to improve your experience.
by Joe White
June 3, 2013
The United Kingdom is set to receive its second 4G LTE network this summer, provided by Vodafone. In a post to its website, the carrier confirmed that its own "ultra-fast" cellular service will launch in the forthcoming months, and will allow customers in possession of an LTE-enabled device, such as an iPhone 5, to download data at impressive speeds. After spending almost £802 million (over $1.2 billion) in order to acquire a slice of the country's 4G spectrum in February, the carrier plans to increase spending to £900 million (almost $1.4 billion) this financial year in a bid to launch its LTE network "by the late summer." Chief executive Guy Laurence said:

This is great news for customers and further evidence of our commitment to deliver our best ever network. We’re bringing together the best of mobile and fixed communications to help our business customers make their communications work for them. For consumers, it’s another important step towards the arrival of our ultra-fast 4G service later this year. It is also great news for the country. We’re investing in vital national infrastructure that can help play an important role in supporting growth in the wider economy.

For British smartphone users, this is indeed "great news." At the moment, the United Kingdom's 4G LTE offering is controlled entirely by Everything Everywhere (EE), the country's only provider. While EE's network and price plans are reasonable, with the carrier recently launching 30-day SIM-only plans starting at £23 per month, it's nevertheless good to hear that customers in the United Kingdom will soon have the option of choosing between two separate LTE carriers. We'll keep you updated with further information as it becomes available. In the meantime, see: Purported Image Of iOS 7 Home Screen Hits The Web, Is The Currently Mac-Only AirDrop File-Sharing Tool Getting Dropped Onto iOS 7?, and Apple Closing iRadio Music Deals With Labels Ahead Of WWDC Keynote. 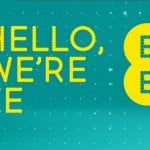 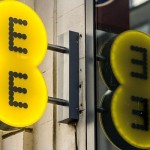