You are using an outdated browser. Please upgrade your browser to improve your experience.
by Bryan M. Wolfe
June 3, 2013
One week from today, Apple CEO Tim Cook will take to the podium at the Worldwide Developers Conference (WWDC) to deliver his keynote. With this event, we’ll finally have a better idea of what Cupertino is planning for the year. In recent weeks, we’ve been offering our ideas about what new and/or revised products and features should be announced during the keynote. Last time, we suggested Microsoft Office for iOS and so-called power apps should steal the show. A week earlier, we offered the iPad mini 2, iRadio powered by Beats by Dr. Dre, and some iOS refinements. Three weeks ago, we proposed iWork ’14, an iPhoto reboot, iOS trial software, and new iTunes Match features. In our fourth of a four-part series, we add one more thing to the list.

One of the most obscure products in Cupertino’s arsenal is the Apple TV. First introduced in September 2006, the streaming video device has seen numerous software upgrades, and two hardware updates since its arrival. Despite this, the Apple TV has remained every bit the “hobby” product that Steve Jobs introduced many “special events” ago. However, this could soon change. If you believe the rumors of the last few years, the Apple TV is about to change home entertainment. Whether it is through a so-called “iTV” or radically new set-top box, the Apple TV framework could help us to finally cut the cord to cable and satellite providers. As a result, Apple would allow us to pick programming a la carte, instead of through a monthly subscription service. For this to happen, Apple needs to do something it has failed to do since 2006 – open the Apple TV to third-party developers. By releasing an Apple TV SDK, Apple would signal that it was finally getting serious about reshaping living room entertainment. It would also prove to developers that Apple understood that for the Apple TV to succeed, they would need their help too. Just last week, Apple CEO Tim Cook confirmed that 13 million Apple TV units had been sold since it was first launched seven years ago. More importantly, Cook said that half of those were sold during the last 12 months. In other words, now is the perfect time for Cupertino to take the Apple TV to the next level – and it all starts with an SDK. For our previous reports, visit here, here, and here. As a reminder, the WWDC keynote begins on Monday, June 10 at 10 a.m. PDT. As in past years, AppAdvice will be there to provide full coverage of the event. Hang tight, because the next few weeks should prove interesting. 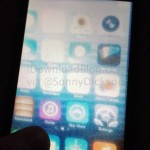 Purported Image Of iOS 7 Home Screen Hits The Web
Nothing found :(
Try something else