You are using an outdated browser. Please upgrade your browser to improve your experience.
by Bryan M. Wolfe
July 19, 2013
Apple has confirmed its acquisition of Locationary, a Toronto-based location data company. The deal should help beef up Cupertino’s new mapping service for iOS and OS X, according to AllThingsD. Locationary, which has been called the “Wikipedia for local business listings,” uses crowdsourcing and a platform called Saturn to provide real-time information for places around the world. As AllThingsD notes:

Apple replaced Google Maps with its own mapping software in iOS 6. The move wasn’t a popular one as consumers soon found that Apple Maps was lacking key features and included incorrect information. Since Apple CEO Tim Cook apologized for the “frustrating” Maps app in September, however, things have improved. The acquisition of Locationary should lead to further improvements in Maps for iOS 7 and OS X Mavericks. See also: OS X Marks The Spot For Apple Maps, Apple Further Develops Maps App Flyover, Improves Support For California, and Apple's All-New Maps Icon Is Relocated To Campus 2. 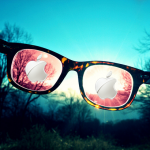 In Apple's World, Life Is Grand As Controversial Words Are Banned In iOS Spell Check

When We Should Expect New iPhones, iPads and Macs
Nothing found :(
Try something else