You are using an outdated browser. Please upgrade your browser to improve your experience.
by Joe White
May 24, 2013
Apple is continuing to improve its Maps app, having recently added flyover support for a number of cities in California, according to AppleInsider. The website explains:

First spotted by AppleInsider reader Mike M., the additions show Apple is actively updating its mapping assets after the much maligned service was introduced in September of last year. The new support includes San Bernardino, Riverside, Rancho Cucamonga, Ontario and Moreno Valley, among others. With the additions, Maps offers nearly unbroken Flyover coverage of cities from San Bernardino to the Pacific Ocean.

As a reminder, Apple's Maps app met with severe criticism back when it launched with iOS 6, last year. Namely, the application's 3-D flyover feature, which allows users to see 3-D images of select towns and cities, didn't work as anticipated. Having added improved flyover support for Paris last month, and support for Cologne and Vancouver in March, however, it's clear that Apple is working hard to improve its Maps application. Let's hope the Maps app keeps on getting better! We'll keep you posted on its progress. For further news, see: Will You Be The Last Man Standing In The Monster-Infested Sci-Fighters?, New Biking Game Downhill Supreme Pedals Into The App Store, and Could You Be The Quick-Fingered Victor In Bam Fu?. 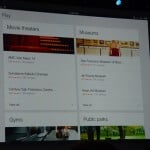 Google Previews The New Version Of Its Maps App For iOS 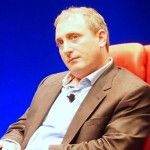 Waze CEO Didn't Ever Expect Much From Apple Maps
Nothing found :(
Try something else