You are using an outdated browser. Please upgrade your browser to improve your experience.
by Bryan M. Wolfe
July 19, 2013
It looks like Apple could introduce two different budget iPhones later this year. The versions will target different markets, but otherwise be very similar, according to Phone Arena. The iPhone Zenvo is said to run on an “H5P dual-core processor” made by Samsung. It includes 1GB of RAM, and supports FDD 5G connectivity and Bluetooth 4.0. This version appears to be the one that Apple will sell throughout much of the world. By contrast, the iPhone Zagato/Bertone will support TDD 4G LTE and feature an “H6P” processor. This version will support China’s local LTE standard. This is the first time that we’ve heard that Apple is working on two separate versions of the budget iPhone. Of course, as with other Apple rumors, there is no way to actually verify this information. Even Phone Arena asks the question, "With so much smoke, there must be fire, don’t you think?" The iPhone mini is expected to launch in September or October alongside the “iPhone 5S.” The phone is rumored to be priced between $300-$400 and come without carrier subsidies. As usual, we’ll keep you updated. In the meantime, see: What Will Apple's Budget iPhone Look Like? This Report Could Give You An Idea, Apple May Delay Introduction of 'iPhone 5S' As Screen Size Is Increased To 4.3 Inches, and When We Should Expect New iPhones, iPads and Macs. Photo: Nowhereelse.fr 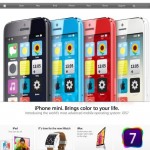 As Smartphone Upgrades Slow, The Industry Is Beginning To Make Adjustments 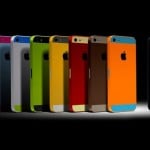 Apple May Delay Introduction of 'iPhone 5S' As Screen Size Is Increased To 4.3 Inches
Nothing found :(
Try something else