You are using an outdated browser. Please upgrade your browser to improve your experience.
by Joe White
July 7, 2013
Images of Apple's anticipated "budget iPhone" appear to have surfaced online, and indicate that the forthcoming low-cost smartphone will indeed feature a plastic shell and a 4-inch screen, as previous reports have suggested. The new article, penned by Chris Chang (Editor-in-chief of M.I.C. Gadget) and published at Techdy Blog, claims that the Cupertino, Calif. company's anticipated budget handset will have a shape "that’s similar to Apple’s original iPod." What's more, though polycarbonate plastic appears to be used for the iPhone, the report notes that the handset itself "doesn't feel cheap at all." Chang explains:

Unlike the plastic build quality of the Samsung Galaxy phones, the plastic material used on the budget iPhone feels more sturdy.

Its rounded design indeed means that the budget handset detailed in Techdy Blog's report looks less like an iPhone, and more like the original iPod classic. It is, however, curious that no room for physical power buttons appears in the above plastic chassis. More suspicious, though, is that Techdy Blog's report is also used as an opportunity to advertise its new "Basic Bear" product - an Android-powered smartphone designed in the likeness of the above purported budget iPhone. Nevertheless, Chris Chang has been accurate in the past with source-fueled iDevice design predictions published at M.I.C. Gadget, and so it could be that the above report is genuine. Below, we've included a gallery of images put together by Techdy Blog. Further reports concerning Apple's rumored budget iPhone have indeed suggested that the smartphone will feature a plastic polycarbonate shell, and a 4-inch display. From what we understand, the less expensive iDevice is expected to launch later this year, and will help Apple in its bid to capture a bigger share of the smartphone market in developing countries such as China and India. We'll keep you updated with further information as we receive it. In the meantime, see: Foxconn Said To Begin Shipping The First Budget iPhone Units To Apple, Could Apple's Low-Cost iPhone Look Like This?, and New Renderings Suggest That Apple's Budget iPhone Won't Be Cheap. [gallery columns="2"] 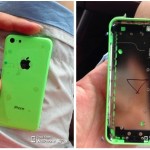 Foxconn Said To Begin Shipping The First Budget iPhone Units To Apple
Nothing found :(
Try something else