You are using an outdated browser. Please upgrade your browser to improve your experience.
by Bryan M. Wolfe
July 16, 2013
Apple is in talks to purchase PrimeSense, the Israeli-based company behind Microsoft’s Kinect technology. The two sides are in advanced talks for an acquisition valued at around $280 million, according to Calcalist. PrimeSense primarily creates chips that enable 3-D machine vision. Its technology is available in portable scanners capable of generating detailed, color 3-D models of interior spaces. It most recently worked with ASUS to provide 3-D sensing technology for its WAVI Xtion PC. This isn’t the first time Apple has gone to Israel looking for an acquisition. In January 2012, Apple purchased Anobit for $400 million. That company provides flash storage to mobile devices.

Interestingly enough, PrimeSense shopped its Kinect technology to Apple prior to settling on Microsoft. Apple’s obsession with secrecy is what ruined any hope that Kinect would call Cupertino home. According to Cult Of Mac at the time:

Apple has a history of interface innovation, of course, and had recently introduced the iPhone with its paradigm-shifting multitouch UI. PrimeSense’s system went one step further: It was multitouch that you didn’t even have to touch. Apple seemed like a natural fit.

Yet the initial meetings hadn’t gone so well. Obsessed with secrecy, Apple had already asked (PrimeSense CEO Inon) Beracha to sign a stack of crippling legal agreements and NDAs.

He shook his head. Why didn’t he want to do a deal with Apple? No need. The technology was hot. He could sell it to anyone.

“Apple is a pain in the ass,” he said, smiling.

PrimSense licensed Microsoft with the hardware design and chip used in the Kinect motion-sensing system for the Xbox 360 in 2010. Officials at PrimeSense and Apple have yet to comment on this possible acquisition. As usual, we'll keep you updated. 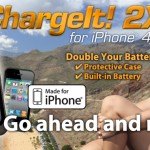 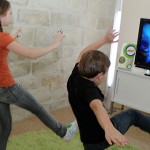 Kinect Creator: "Apple Is A Pain In The Ass"
Nothing found :(
Try something else