You are using an outdated browser. Please upgrade your browser to improve your experience.
by Brent Dirks
July 16, 2013
The App Store’s fifth anniversary has paid off nicely for Infinity Blade II. The title was one of 10 that Apple gave away to celebrate the big milestone. And developer Chair Entertainment recently confirmed to AllThingsD that the app was downloaded 5.7 million times during the seven days of the promotion. During the first day of the promotion, eager iOS gamers downloaded the title 1.7 million times. But, in speaking with the site, Chair Entertainment publicist Laura Mustard downplayed the fact that those new players might be making in-app purchases of virtual gold to spend in the game:

“While we normally notice an increase at times when we’ve done free promotions, we don’t think it’s significant, because the game is balanced in a way that does not require any IAP,” she wrote in an email.

The promotion also helped some of the developer’s other titles that weren’t discounted. Sales of Infinity Blade, the original game in the series, were 2.5 times more than in a regular week. And purchases of Infinity Blade: Awakening, an e-book tie in, were up more than 70 percent. If you missed out, you can still download Infinity Blade II from the App Store for $6.99. The title is universal and designed for both the iPhone/iPod touch and iPad/iPad mini. Unfortunately, fans of the series will have to be content with the first two iOS games. Late last week, Chair officially confirmed that the next title in the series, Infinity Blade Dungeons, has been canceled. 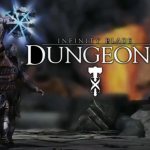 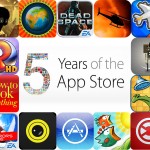 All Of The Paid Apps That Went Free For The App Store's Fifth Anniversary
Nothing found :(
Try something else