You are using an outdated browser. Please upgrade your browser to improve your experience.
by Joe White
July 10, 2013
One of the more subtle changes made in iOS 7 beta 3 concerns the operating system's "2x" compatibility mode, in which iPhone-only applications can run in a "blown up" version on an iPad. In the latest prerelease mobile software, Apple has utilized Retina display-optimized iPhone applications in order to improve compatibility mode on non-Retina iPads, according to MacRumors. The website explains:

with the advent of Retina displays on the iPhone supporting apps at 960x640, Apple moved to take advantage of those higher-quality assets to provide a better viewing experience on the iPad for those apps that do not have native iPad interfaces. Since the introduction of the third-generation iPad last year, Apple's Retina iPads have been able to tap into the Retina assets in iPhone apps to display higher-quality 2x apps, and with iOS 7 beta 3 Apple has now brought that capability to its non-Retina tablets.

For an idea of the change, check out the below image, in which the App Store app is shown running on an iPad mini in compatibility mode in iOS 6 (left), and in iOS 7 (right). As you can see, the right-hand image is crisper, fonts are clearer, and user interface elements look better, despite the app nevertheless appearing in compatibility mode. Furthermore, the "1x" and "2x" toggle button, which allowed users to switch between iPhone-sized or blown-up app views on an iPad, has disappeared. The new feature in iOS 7 beta 3 appears now to be the default mode of viewing Retina-optimized iPhone apps on a non-Retina iPad. In fact, the above change is markedly similar to the functionality of RetinaPad, a jailbreak tweak that launched in the Cydia Store way back in 2010. As such, it looks like another iOS 7 feature which borrows from the jailbreak scene has been discovered. Interested in learning more about iOS 7 beta 3? Be sure to see our pick of the software update's best features. For more of our recent news, see: Discover More Interesting Tags And Blogs With Tumblr For iOS' Updated Explore Tab, Dropbox-Acquired Email App Mailbox Gains Dropbox Attachments Integration, and New Path Update Paves The Way For Stickers In Comments, Better iPad Interface And More. 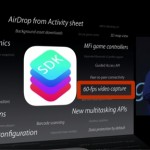 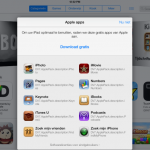 Some Of Apple's Non Native Apps Could Become Free Downloads In iOS 7
Nothing found :(
Try something else