You are using an outdated browser. Please upgrade your browser to improve your experience.
by Bryan M. Wolfe
July 22, 2013
Apple could see a record-breaking quarter for iPhone sales. No, we’re not talking about sales numbers for Apple's third quarter, which Cupertino will announce tomorrow, July 22, or even those for the current quarter. Analyst Gene Munster says that the record breaker could come in the December quarter, according to CNET. The analyst says that Apple could sell 62 million iPhones between October and December. If that were to happen, it would smash Apple’s previous record of 47.8 million iPhones sold recorded during last year’s holiday quarter. 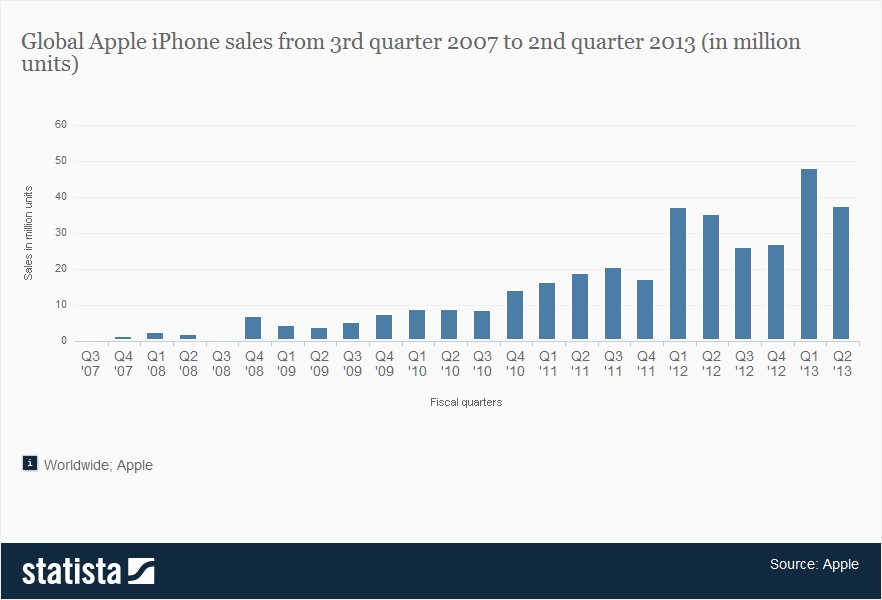 Munster’s projection includes “iPhone mini” sales totaling 12 million units. He does note, however, that some cannibalization could lower that 62 million figure. In a note to investors, he states:

We are assuming a 50 percent cannibalization factor from the cheaper phone, which may be too aggressive as we have yet to hear launch details. If you add back cannibalized phones, our 'core' iPhone unit estimate for Dec-13 would be 56 million or 17 percent [year-on-year] growth for the first full quarter of iPhone 5S.

Apple’s less expensive handset is expected to launch alongside the “iPhone 5S” later this year. The analyst believes that Apple will announce iPhone sales of 26 million from April through June, and 24 million for the September quarter. As a reminder, Apple has announced plans to offer live audio streaming of its third quarter results conference call. The broadcast begins on Tuesday, July 23 at 2 p.m. PDT via Apple’s Investor Relations webpage. See also: Apple's iPhone Shipments Could Impress Wall Street, and Apple Could Be Prepping Two Different ‘iPhone mini’ Versions. Graph: Statista 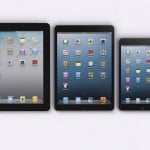 Report Claims That Apple Is Testing 13-Inch iPads, Bigger iPhones
Nothing found :(
Try something else