You are using an outdated browser. Please upgrade your browser to improve your experience.
by Aldrin Calimlim
August 1, 2013
It's long been safe to assume that the next-generation iPad mini will have a Retina display. But a new report from The Wall Street Journal claims a rather unexpected turn of events. According to the publication, Apple's next iPad mini is set for mass production later this year. What's more, the device is said to feature a Retina display supplied by none other than Apple's foremost competitor, Samsung:

Apple Inc.'s suppliers are gearing up for mass production of a new iPad mini in the fourth quarter that will likely feature a high-resolution screen from Samsung, people familiar with the matter say, an indication of the difficulty the U.S. company faces in its attempt to reduce its dependence on its biggest rival.

At the outset, Apple reportedly planned to partner only with Sharp and LG Display for the screens of the new tablet. But not wanting to run the risk of encountering inadequate supply, the company brought Samsung aboard as well. The current iPad mini is manufactured using a lower-resolution display from LG Display and AU Optronics. But for the next iPad mini, Apple is said to have shifted its orders from AU Optronics, which cited a low rate of output efficiency, to Samsung. This decision is at variance with Apple's apparent attempt to decrease its dependence on Samsung, as evidenced by Apple's recently signed iDevice chip deal with Taiwan Semiconductor Manufacturing Co. In addition to a Retina display from Samsung, The Wall Street Journal's sources claim that Apple is considering multiple colors for the new tablet's back cover — just as it's been rumored to launch a low-cost iPhone in a range of different colors. 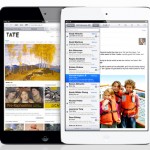 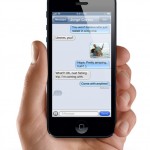 You Can Now Report iMessage Spam Directly To Apple, And Here's How
Nothing found :(
Try something else