You are using an outdated browser. Please upgrade your browser to improve your experience.
by Dom Esposito
July 4, 2013
Ryan Petrich is at it again. The developer behind Activator is working on a new tweak that’s currently in early beta stages. Actiwidget will add a shortcut button for any Activator action to Notification Center. As I mentioned, this tweak is still in beta, but it’s a very impressive start. Actiwidget will allow you to use any action available through Activator as a shortcut button within a Notification Center widget, but that’s not where the fun ends. This tweak will also allow you to stack Activator actions and set off multiple events at once with the tap of a single button. If you’d like a closer look at Actiwidget, we’ve put together a video walk-through of this awesome upcoming tweak. Check out our video overview below: http://www.youtube.com/watch?v=shnzNCtbFEI

Within Activator’s settings, you’ll find options to rearrange each button within Actiwidget, create new buttons/actions, and remove them. Overall, I think this tweak could become very handy if you’re looking for another quick way to access different Activator actions on the fly. Actiwidget will surely be a great tweak when it’s officially released. At the moment, this tweak is still in development, but as you can see in the video above, it’s very polished for such an early release. If you’d like to give Actiwidget a first hand look, it’s currently available free of charge via Ryan Petrich’s beta repository. In order to install Actiwidget, add the following URL to your Cydia sources:

Give it a shot and see how you can use Actiwidget to make your life easier. Once this tweak has been released, it will be available through a default Cydia source. Until then, I'm excited to see what Ryan Petrich will add to Actiwidget. For more jailbreak related news, see: HomeDisplay Adds A Second Status Bar To The Home Screen, LiveWire Pro Adds Unlock Animations To Your Jailbroken Device, and Disable All Of Your Alarms With A Single Swipe In The Clock App. 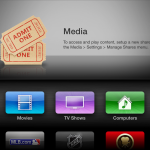 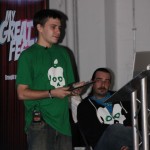 Popular Hacker Hopes To Enhance The Jailbreak Scene With 'OpenJailbreak'
Nothing found :(
Try something else