You are using an outdated browser. Please upgrade your browser to improve your experience.
by Aldrin Calimlim
July 10, 2013
Day One for Mac, the highly rated journaling app that was hailed by Apple as last year's Mac App Store App of the Year, has just been issued a major update from developer Bloom Built. When it updated Day One for iOS with PDF export and printing and other enhancements late last February, Bloom Built noted that it would also significantly update Day One for Mac. Well, the day for Day One for Mac's new significant update has finally arrived. The latest update to Day One for Mac also happens to add support for PDF export and printing. But that's not all, as it also delivers the following notable improvements: The new version of Day One for Mac is available now in the Mac App Store as a free update or as a new $9.99 download. The app is compatible with any Mac running OS X 10.7.4 or later. In case you haven't heard, Day One for iOS, which is normally priced at $4.99, is currently available for free in celebration of the App Store's fifth anniversary. As part of its 5 Years of App Store promotion, Apple is giving away five landmark games and five groundbreaking apps, including Day One, for a limited time. [gallery link="file" order="DESC"] 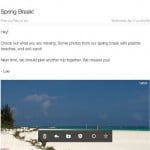 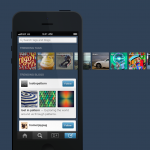 Discover More Interesting Tags And Blogs With Tumblr For iOS' Updated Explore Tab
Nothing found :(
Try something else