You are using an outdated browser. Please upgrade your browser to improve your experience.
by Brent Dirks
July 31, 2013
A hidden file inside the iOS 7 SDK refers to a possible next-generation iPad mini, according to 9to5Mac. Even though the model doesn’t sport a Retina display, it does use the faster A6 chip found in the iPhone 5. The site has more about what developer Nick Frey spotted:

The references were located inside of a hidden file that lists all supported iOS 7 devices, and the information has been corroborated with details found within the iOS 7 beta operating system itself… According to the provided information, Apple is considering three new iPad mini models: iPad “2,8,” iPad “2,9,” and iPad “2,10.” The respective code names for the devices are J75, J76, and J77. This points to one WiFi-only model and two cellular-compatible models (just like the current iPad minis). The internal nomenclature for these iPads follows the current iPad minis, which are iPad “2,5,” iPad “2,6,” and iPad “2,7.” As for what these new iPad minis will feature, the references state that the devices include the “s5l8950x” processor. This is the same A6 system-on-a-chip inside of Apple’s iPhone 5, and this would offer significant speed improvements for the iPad mini compared to the current A5-based model. The A6 chip will mean that users could move around the operating system at a quicker pace, load up movies more quickly, and see better performance and frame-rates while playing games. From the references, we can also infer that this potential iPad mini model will lack a Retina display. The versions of these references for Apple’s Retina display devices, such as the iPhone 5 and fourth-generation iPad, include hooks to images at a “@2x” mode. “@2x” is how developers reference app artwork that is built for a Retina display device. However, these new iPad minis lack the “@2x” hook, including only references to non-Retina images. Perhaps corroborating this is that the rumored Retina display iPad mini codename is “J85,” while the iPad mini model we have learned about is “J75.”

While the referenced model might never see the light of day, two reports earlier this month stated that it will be at least 2014 before we’ll see a version of the smaller tablet with a Retina display. 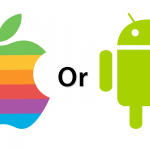 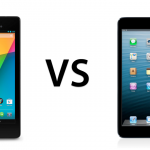