You are using an outdated browser. Please upgrade your browser to improve your experience.
by Joe White
July 17, 2013
For years, Game Boy emulators have been the pastime of jailbreakers, and have allowed iDevice owners to play Pokémon, Super Mario Bros., and more on an iPhone, iPad, or iPod touch (often free of charge). Now, one method which allows users to install a Game Boy Advance emulator on an iDevice jailbreak-free has surfaced online, thanks to a loophole in Apple's developer restrictions. Published by Riley Testut, the app - "GBA4iOS" - can be installed on an iDevice over-the-air (from within Safari) in three easy steps, ReadWrite explains. At Testut's GitHub page, users can find an "Install App" button in the GBA4iOS folder, and touching this icon initiates the installation process. Testut notes:

A fast GBA emulator for the iPhone/iPod Touch based on version 1.8.0 of gpSPhone by zodttd. This version can be installed simply by tapping the button below on your iOS Device, or compiled directly in Xcode and deployed just like any other app. No jailbreak OR developer account required :)

Importantly, no personal information or validation of the iDevice's UDID is required. For more information on GBA4iOS, head over to Testut's GitHub page. See also: You Can Now Play As A Conquistador, Footballer Or Explorer In Temple Run 2, Get Ready: The Smart Watch Market Is Set To Boom In 2014, Report Claims, and Play And Control Logic Pro X From Your iPad With Apple's New Logic Remote App. 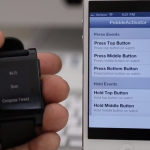 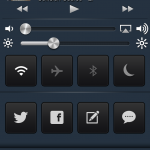 Cydia Tweak: TaskMaster Turns Spotlight Into More Of A Useful Feature
Nothing found :(
Try something else