You are using an outdated browser. Please upgrade your browser to improve your experience.
by Joe White
July 27, 2013
Ladies and gentlemen, a new untethered jailbreak solution has just been released. Calm down, however, because the bad news for most of us is that it isn't compatible with iOS 6.1.4, or even with one of the iOS 7 betas. Instead, the software - called UnthreadedJB - is only available for the CDMA iPhone 4, under iOS 5.1. This is, as iDownloadBlog reminds us, the first untethered jailbreak solution for iOS 5.1 (since Absinthe 2.0 was compatible with iOS 5.1.1), and so UnthreadedJB is of course something of an achievement. That being said, there probably aren't that many users out there with a CDMA iPhone 4 handset running iOS 5.1. The group behind the software (also called UnthreadedJB) note that they're working on a jailbreak solution for iOS 6.1.4 - something that would sure be appreciated. Most of us aren't expecting an iOS 6.1.4 jailbreak to be released until after Apple launches iOS 7. In the meantime, jailbreakers with a CDMA iPhone 4 running iOS 5.1 can liberate their iDevice using UnthreadedJB. See also: Cydia Tweak: HomeArtwork Makes Your Wallpaper Match Any Music That's Playing, Cydia Tweak: NCCalendar+ Can Supercharge Calendar In Notification Center, and Cydia Tweak: Gotha Adds Some Handy Shortcuts To Your Contacts List. 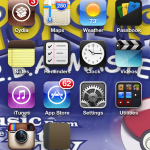 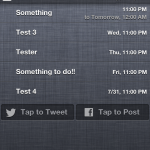 Cydia Tweak: NCCalendar+ Can Supercharge Calendar In Notification Center
Nothing found :(
Try something else