You are using an outdated browser. Please upgrade your browser to improve your experience.
by Joe White
July 13, 2013
Apple has been dealt a blow in Russia as another major carrier has chosen not to renew its iPhone contract with the Cupertino, Calif. company, according to the Russian language publication Hi-Tech Mail (via PhoneArena). The carrier, Beeline, is the third Russian carrier to refuse Apple's iPhone, and is instead said to have signed a deal with Samsung. As such, Beeline will be selling Samsung's Android-powered smartphones, such as the Galaxy S4, in place of the iPhone, in a move that is only going to decrease Apple's share of the smartphone market in the world's ninth most populous nation. It's not all bad news for Russian Apple fans, though, as an Apple Online Store launched recently for the eastern country. This makes it possible to purchase iPhones, iPads, and more directly from Apple. The presence of online, virtual "specialists" also means that potential customers can gain remote advice, assistance, and even set-up support through the new Apple Online Store. That being said, one serious concern of Apple's is the acquisition of smartphone market share in non-U.S. markets. Though strong in the United Kingdom and in certain other countries, elsewhere Google's Android seems to prevail. With three carriers no longer on-board in Russia, however, it would appear that Apple is going to have a hard time doing this in the eastern country. Though of course, only time will tell whether iPhone marketshare is able to properly compete against that of Android in Russia, and elsewhere. We'll keep you updated with further information as we receive it. In the meantime, see: Jailbreakers Will Be Able To Play Deus Ex: The Fall ... Eventually, Popular Journal App Day One Updated With Inter-App Improvements And More, and Is Rovio About To Launch A Prequel Game To Angry Birds Star Wars?. 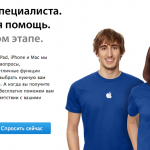 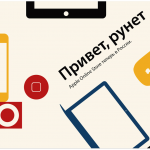 Cupertino Looks To The East: Launches Its Apple Online Store In Russia
Nothing found :(
Try something else