You are using an outdated browser. Please upgrade your browser to improve your experience.
by Aldrin Calimlim
July 13, 2013
Rovio has just come out with a teaser for what appears to be another teaser for a new Angry Birds game. In its latest blog post, the Finnish entertainment company teases: 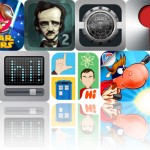 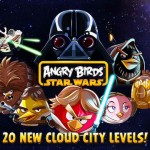 Angry Birds Star Wars Goes Free For The First Time In The History Of The Galaxy
Nothing found :(
Try something else