You are using an outdated browser. Please upgrade your browser to improve your experience.
by Bryan M. Wolfe
August 15, 2013
Users could one day gift media content from iTunes and their own library to other iOS device owners using near field communication (NFC) technology. “Media gifting devices and methods,” is the title of a new Apple patent application recently published by the U.S. Patent and Trademark Office. According to the patent filing, future gifting may allow users to identify content they already own and send a copy to someone else.  For this to happen, Apple would employ a method of authentication via a central server. Here, it would be determined whether the item can be used on the recipients’ device. If the Internet is unavailable, the one doing the gifting could send a locked version of the item via NFC. Also included would be a DRM or authentication code, which could be redeemed once the user is back online. 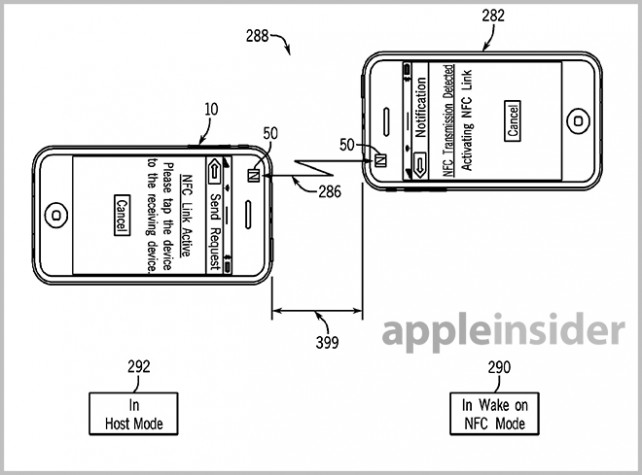 The upcoming “iPhone 5S” may include NFC technology. This Apple patent was filed in 2013. It credits Gloria Lin, Amir Mahood Mikhak, Taido Lantz Nakajima, Sean Anthony Mayo, Michael Rosenblatt, and Andrew Hodge as its inventors. Via: AppleInsider See also: Apple Is Awarded A Patent For A Technology Already Enjoyed By Samsung Users, Apple Is Still Working On The iWallet For iPhone, and Now Is The Best Time To Sell Your Old iPhone. 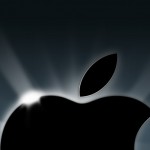 Apple Shares Are Trading At Highs Not Seen Since January 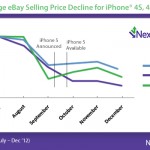 Now Is The Best Time To Sell Your Old iPhone
Nothing found :(
Try something else