You are using an outdated browser. Please upgrade your browser to improve your experience.
by Bryan M. Wolfe
August 28, 2013
Apple has purchased AlgoTrim, a Swedish startup that focuses on data compression for mobile phones. The acquisition follows many others made this year by the technology company, according to Rapidus. According to the report, Anders Holtsberg, head of software development at AlgoTrim, has already moved to Silicon Valley. While he confirmed that he is now working for Apple, he declined to comment any further.

I’m sorry but I’m not allowed to comment on anything, he says to Rapidus.

TechCrunch notes that AlgoTrim deals in “all kinds of data compression, and promised to deliver imaging solutions that would deliver ‘modern computational photography’ to mobile devices.” As a result, Apple could use the acquisition to help the “camera powers of its mobile devices jump to the next level.” In recent weeks, Apple has purchased Embark and HopStop, each which offers transit directions to users. In addition, the company has recently purchased Matcha, the video discovery startup. Other Apple acquisitions this year have included Passif Semiconductor, and indoor positioning company WiFiSLAM. The last time Apple acquired a company from Sweden came in 2010 when it purchased Polar Rose, a facial recognition company. Among the products offered by Polar Rose was FaceCloud, and FaceLib. For more information, see: A New Look At How Apple Should Spend All Of That Money, Instagram Acquires Luma To Further Enhance Video-Sharing Feature, and Apple Acquires Video Discovery Startup Matcha: A Perfect Match For Apple TV? 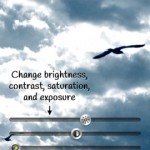