You are using an outdated browser. Please upgrade your browser to improve your experience.
by Brent Dirks
August 28, 2013
Star Wars fan site Jedi News has recently reported on an interesting Apple rumor from the always fun “unnamed source.” According to the report, a Disney branded Star Wars app is in the pipeline for the Apple TV. Possibly coming later this year, the app might be used to digitally distribute episodes of the "Clone Wars" TV series:

Our source told us the following: “A Disney branded app for Star Wars will launch on Apple TV devices, with plans to distribute the final Clone Wars episodes exclusively digitally only through the Apple TV device for a limited period of time. This will happen in this holiday season. In 2014, plans are in an early stage to use the platform to deliver SW7 production news ‘live’ from the sets, followed with Star Wars Rebels in late 2014 taking us all the way through to SW7 release.” The source followed this up with the following: “Distribution will only be on Apple TV devices capable of running iOS7 and there has been no confirmation if the same app will be available to other iOS devices such as iPad or iPhone."

With the close relationship between Apple and Disney, a Star Wars Apple TV app doesn’t seem like a big stretch. Just yesterday, with a software update, the Apple TV now includes a number of new channels, including Vevo, Disney Channel, Disney XD, The Weather Channel, and content from the Smithsonian Channel. And just like the "source" mentioned, the rumored app would also make a nice centerpiece for all things Star Wars as Episode VII of the fabled movie franchise is expected to hit theaters in late 2015. ESPN, which is also owned by Disney, is in “preliminary talks” to make all of its channels available online for Internet-powered TVs, like the fabled standalone set from Apple. What other speciality channels would you like to see come to the Apple TV box or TV set? Is it too much to hope for a Star Trek channel? 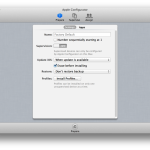 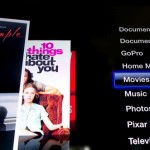