You are using an outdated browser. Please upgrade your browser to improve your experience.
by Joe White
August 7, 2013
Great news, jailbreakers: CocoaNuts has recently announced that a sequel to its popular Celeste jailbreak tweak, called Celeste 2, is nearing completion. Once available, Celeste 2 will allow jailbreakers running iOS 6 to share music files, photos, and more using Bluetooth, and like the original the new jailbreak tweak promises to integrate perfectly within Apple's mobile operating system. If you're unfamiliar with Celeste, we explained its functionality back in 2011, noting that:

The jailbreak [tweak], which is available through Cydia, allows your iPhone/iPod touch or iPad running iOS 4.2 or later to receive files from any mobile phone and any computer (Mac or PC) that supports OBEX Bluetooth file transfers. Files that can be transferred include songs, photos, videos, documents, contacts, and more.

Developer CocoaNuts explained in a recent Twitter update, however, that a sequel to the popular jailbreak tweak is almost ready: "We are pleased to announce that Celeste 2 for iOS 6.0 and later is nearly complete and in beta stages! Stay tuned for more!" From what we understand, Celeste 2 will be integrated within the iOS 6 sharing menu, within Notification Center, and within the mobile operating system at-large. Furthermore, though the jailbreak tweak will be compatible with iOS 6 from launch, its developer has noted that iOS 7 compatibility shouldn't be too difficult to add. No release date has yet been confirmed, however Celeste 2 will be available for $9.99 in the Cydia Store once it launches. We'll keep you posted on that front. In the meantime, see: Cydia Tweak: Give Chrome For iOS A Bookmarks Bar With BMarks Bar - Chrome, Cydia Tweak: Picture-In-Picture Video Coming Soon To iOS, and Cydia Tweak: BuddyLock Offers Users A Redesigned Lock Screen For iOS. 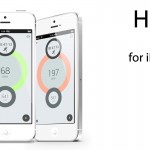 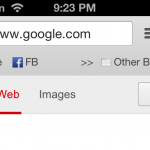 Cydia Tweak: Give Chrome For iOS A Bookmarks Bar With BMarks Bar - Chrome
Nothing found :(
Try something else