You are using an outdated browser. Please upgrade your browser to improve your experience.
by Joe White
August 4, 2013
Popular jailbreak developer Ryan Petrich (@rpetrich) has a new jailbreak tweak in development, which will allow users to detach a video from an iOS application and watch it from anywhere on an iDevice - such as the Home screen, the Messages app, or Safari. Called VideoPane, the new jailbreak tweak is shown off briefly in a video published by iDownloadBlog. As you can see, Petrich's jailbreak tweak makes it possible to separate a video from an application (such as YouTube), to exit said app, and to browse one's iDevice - all while the video continues to play, in a pop-up-like interface. Here's the preview video, see what you think: http://www.youtube.com/watch?v=Ahq2hvwYjCc&feature=player_embedded

Once available, VideoPane will feature in the Cydia Store for $1.99. We'll keep you updated with more information on the jailbreak tweak as it becomes available. In the meantime, see: Cydia Tweak: BuddyLock Offers Users A Redesigned Lock Screen For iOS, Cydia Tweak: InstaLauncher Offers A Better Way To Quickly Launch Apps, and Cydia Tweak: Control Unlocker Changes The Game For Passcodes. 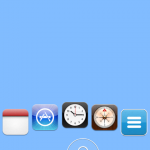 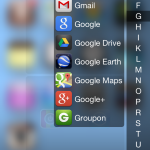 Cydia Tweak: InstaLauncher Offers A Better Way To Quickly Launch Apps
Nothing found :(
Try something else