You are using an outdated browser. Please upgrade your browser to improve your experience.
by Bryan M. Wolfe
August 7, 2013
Apple and Samsung continue to battle in showrooms and courtrooms around the world. Their relationship as customer and supplier, however, seems to have improved in recent months if only for necessity. During the previous quarter, Apple relied more on Samsung to deliver screens for the iPad with Retina display. This comes despite Apple’s desire to rely less on its frenemy for parts, according to CNET. From April through June, Samsung supplied Apple with over 4.1 million display units for the fourth-generation iPad. This was an 80 percent increase from the March quarter, when 2.3 million units were purchased. Apple’s renewed reliance on the Korean-based company as a supplier doesn’t look to be ending anytime soon. Late last month, The Wall Street Journal reported that Samsung would replace AU Optronics as a display provider for the iPad mini 2. The company is set to join Sharp and LG Display in providing Retina displays for the 7.9-inch tablet. As late as March, it looked like Apple would no longer use Samsung as an iOS device display supplier. Production issues like those with AU Optronics have changed Apple's position -- not just with displays, but also with chips. Despite signing Taiwan Semiconductor Manufacturing Co. (TSMC) earlier this year as an iOS chip supplier, Apple will have to rely on Samsung to provide these parts at least through 2014. As TSMC confirmed to The Wall Street Journal, the process of providing chips to Apple has “been beset by glitches preventing the chips from meeting Apple’s speed and power standards.” Personally, I don't care who supplies Apple with iOS component parts -- as long as the devices work as expected. If that means relying on Samsung, so be it. Apple is expected to launch next generation iPhones and iPads in September and October, respectively. As usual, we'll keep you updated. 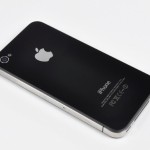 The Obama Administration Vetoes The iPhone 4 Sales Ban
Nothing found :(
Try something else