You are using an outdated browser. Please upgrade your browser to improve your experience.
by Joe White
August 10, 2013
Over the past few months, a number of reports - one even coming from The Wall Street Journal - have argued that a larger 12.9-inch iPad is in the works, and could launch as early as fall 2013. But if Apple did launch such an "iPad maxi," how might it look? Check out the above and below images, which compare an imagined 12.9-inch iPad against a regular 9.7-inch iPad, a 7.9-inch iPad mini, and a 13-inch MacBook Air. Commissioned by MacRumors, there is a deal of logic behind the 12.9-inch dimensions of the anticipated tablet. The website explains:

Increasing the diagonal measurement of the iPad's display from 9.7 inches to 12.9 inches while maintaining the same 4:3 aspect ratio yields a substantial increase in display area of about 40%, leading us to believe that Apple will not simply scale up the existing iPad resolution to the larger screen size. Doing so would reduce pixel density from the 132 pixels per inch (ppi) or 264 ppi Retina on the current iPad to approximately 99 ppi (198 ppi Retina), making icons and other interface elements extremely large. If Apple were, however, to maintain the same 132/264 ppi of the current 9.7-inch iPad, this 12.9-inch iPad could conveniently carry an increased resolution of approximately 1366 x 1024 (2712 x 2048 Retina), matching the "HD" display standard in width and exceeding it in height.

As such, a 12.9-inch iPad would be able to accommodate an additional row of iOS apps on its Home screens, along with increased spacing between application icons. Don't forget, Apple's 4-inch iPhone 5 made use of its additional screen real estate to add in an extra row of iOS apps, too, meaning such a move isn't exactly unfamiliar territory for the Cupertino, Calif. company. How do you like the look of the anticipated 12.9-inch iPad? As a reminder, Apple is expected to announce the fifth-generation iPad later this year, alongside its seventh-generation iPhone, a possible budget handset called the "iPhone 5C," and a second-generation iPad mini. We'll keep you updated with further information concerning the above as we receive it. In the meantime, see: LinkedIn Contacts Gains New Features As It Connects With Its First Update, AT&T Lowers Its Next Pricing, Now Cheaper Than Verizon Edge (But Only Just), and T-Mobile's Popular $0 Down Promotion For iPhone 4S, iPhone 5 Is No More. 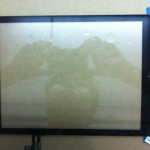 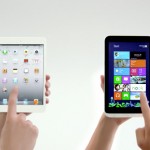 Microsoft’s Latest TV Ad Takes Shots At The iPad mini
Nothing found :(
Try something else