You are using an outdated browser. Please upgrade your browser to improve your experience.
by Joe White
August 25, 2013
Popular jailbreak developer Joshua Hill (@p0sixninja) has been hard at work creating OpenJailbreak, a new developer resource aimed at jailbreak tweak and app creators and security researchers, which launched recently and could make the process of uncovering an iOS 7 jailbreak tool a whole lot easier. As a reminder, we first told you about OpenJailbreak back in July, when the website was still in development. Now, the service is available for all, though it's likely that iOS developers, jailbreak developers, and security researchers will find OpenJailbreak useful; for the average iDevice user, Hill's GitHub-like service will mostly appear to be a little complex. That being said, OpenJailbreak is expected to help the jailbreak scene most generally in a number of ways. Besides allowing jailbreak developers to share code and to access an online, collaborative environment, thereby paving the way for more interesting jailbreak tweaks and apps, Redmond Pie explains that the service could also help in the development of an iOS 7 jailbreak tool:

The ultimate aim of OpenJailbreak is probably to help make an iOS 7 jailbreak available as soon as possible. Apple’s latest and greatest version of the iPhone, iPad and iPod touch operating system is only a few weeks away from its expected release, and as soon as that day comes the calls for a jailbreak will no doubt begin. Screenshots have already emerged of what appears to be a jailbreak injected onto an iOS 7-powered device, but as we all know that doesn’t necessarily mean anything, for now that is. With so many changes under the hood of the seventh iteration of iOS, there are sure to be some unique challenges to making an iOS 7 jailbreak a reality.

If you're an iOS developer, jailbreak developer, or security researcher, OpenJailbreak may indeed be of interest. For the rest of you, we'll be sure to keep you updated with further information concerning the jailbreak scene - and the status of an iOS 7 compatible jailbreak - as we receive it. In the meantime, see: JailbreakCon Offers A Live Stream Of Talks From Famous Developers And Hackers, Cydia Tweak: Quickly View Saved Wi-Fi Passwords With NetworkList, and Cydia Tweak: Customize The Color Of Lock Screen Bulletins With ColorfulBulletins. 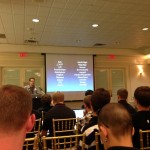 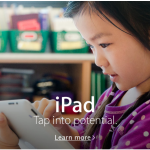 Apple Revamps Its Education Web Page Ahead Of iOS 7 Launch
Nothing found :(
Try something else