You are using an outdated browser. Please upgrade your browser to improve your experience.
by Aldrin Calimlim
August 2, 2013
Marketing for the upcoming "Jobs" movie starring Ashton Kutcher has definitely been ramped up as the film's theatrical release draws near. Now, to give us a better idea of what to expect from the biopic, a new preview clip from the movie has been released. In the new clip, posted by Moviefone and spotted by 9to5Mac, the title character, Steve Jobs as played by Kutcher, and his Apple cofounder, Steve Wozniak as portrayed by Josh Gad, come up with the now famous Apple name. 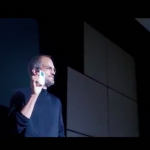 New Featurette Takes Us Behind The Scenes Of Upcoming 'Jobs' Movie 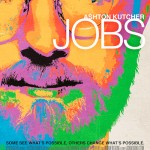 Ashton Kutcher Opens Up On Playing Steve Jobs
Nothing found :(
Try something else