You are using an outdated browser. Please upgrade your browser to improve your experience.
by Joe White
September 26, 2013
Apple has made configuring its set-top box a whole lot easier with its recent Apple TV 6.0 software update. Though information such as network settings, Apple ID accounts, and languages previously had to be inputted using either an Apple Remote or a Bluetooth keyboard, Apple has now made it possible for users to transfer such information using an iOS 7-powered iDevice. Thanks to the "Automatic Setup" feature, users need only touch their iDevice to an Apple TV in order to transfer settings to the set-top box using Bluetooth. As outlined in an Apple Support document, here's how Automatic Setup works: The feature depends on Bluetooth 4.0, which is enabled on compatible Apple TVs and iDevices as of Apple TV 6.0 and iOS 7. As such, products compatible with Automatic Setup include: the iPhone 4s or later, the iPad 3 or later, the iPad mini, and the iPod touch (fifth-generation). For more information on the process, take a look at the aforementioned Apple Support document. See also: Realmac Software Brings Back Original Clear To-Do App Following Customer Backlash, Thanks To New iPhones, Apple's Share Of The Chinese Smartphone Market To Double, and All Engines Go For NimbleBit's Long-Awaited Pocket Planes Follow-Up, Pocket Trains . 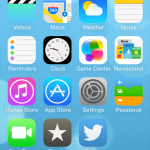 Suffered From Motion Sickness After Using iOS 7? You're Not Alone 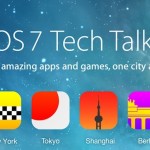 Apple Confirms The Schedule For Its iOS 7 'Tech Talks' International Tour
Nothing found :(
Try something else