You are using an outdated browser. Please upgrade your browser to improve your experience.
by Aldrin Calimlim
September 13, 2013
With less than two hours to go before it's set to take preorders for the iPhone 5c, Apple has just taken down its online store. Although a preorder state time was not officially announced by Apple, U.S. iPhone carriers Verizon and Sprint confirmed yesterday that preorders would begin at 12:01 a.m. Pacific Time on Friday, Sept. 13. AT&T is, of course, also set to offer the iPhone 5c. In fact, it has also just taken its website offline, opting instead to show a landing page counting down to the preorder start time. Coming in blue, green, pink, yellow, and white color options, the iPhone 5c is available in 16GB or 32GB models for $99 or $199, respectively, on a two-year contract. Preorders for the iPhone 5s aren’t set to take place. Rather, Apple's new flagship handset will be released directly on Sept. 20, the same day iPhone 5c preorders are expected to reach customers. Are you all set to preorder your very own iPhone 5c? If so, what color are you planning on getting? 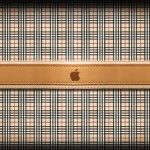 Both The iPhone 5s and iPhone 5c Will Sport Bigger Batteries Than The iPhone 5
Nothing found :(
Try something else