You are using an outdated browser. Please upgrade your browser to improve your experience.
by Joe White
September 10, 2013
Apple has confirmed that its forthcoming iPhone 5S handset is powered by a 64-bit Apple A7 processor. From what we understand, the new processor offers a speed increase of around 30 percent, and makes it possible for the iPhone 5S to power its improved camera and fingerprint scanner. Apple's Phil Schiller explained:

You’ve heard a lot about iOS 7, but what we haven’t told you is that its been completely engineed for 64 bit at the same time. It’s got a new 64-bit kernel, libraries, and drivers. All built-in apps have been reengineered. It’s a seamless dev transition, with full backwards compatibility. The A7 is up to 2x as fast as the previous generation of CPUs, and handles graphics up to 2X faster.

As such, the news corroborates with rumors which have circulated online over the course of the last few months. Indeed, Fox News anchor Clayton Morris, for example, argued that an Apple A7 would launch with the iPhone 5S back in August, with sources apparently having told him that the new handset "is very fast." Check out the AppAdvice main page for all of today's news as it's announced. Photo credit: TechCrunch 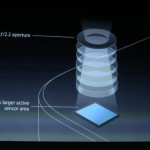 The iPhone 5S Gets Significant Camera Upgrades With Improved Flash, Sensors And Slow-Mo 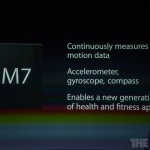 The iPhone 5S Features The M7 Motion Processor For Health And Fitness Applications
Nothing found :(
Try something else