You are using an outdated browser. Please upgrade your browser to improve your experience.
by Joe White
September 11, 2013
Apple didn't mention its set-top box during the company's recent media event, but that doesn't mean a software update for the Apple TV isn't in the works. In fact, according to AllThingsD, Apple is planning on launching an impressive Apple TV software update alongside iOS 7, on Wednesday, Sept. 18, 2013. Remember the AirPlay-powered streaming feature said to be heading to Apple's set-top box? Well, if AllThingsD's sources are correct (and they have been in the past), this "tweak to Apple's AirPlay system" should arrive with the anticipated software update. The website explains:

The new software will allow people who have purchased content from Apple’s iTunes store to play that stuff on other people’s TVs, via its Airplay system. The key part is that they will be able to tell an Apple TV box they don’t own to stream the media they do own, directly from the cloud. That’s a change from the current system, which requires users to  download stuff to their iPhones and iPads and fling it to the TV from there. It also echoes the way Google’s new Chromecast device works.

In addition, the Apple TV's forthcoming software update is expected to add support for iTunes Radio, Bluetooth 4.0, and OS X Maverick's multi-display feature. It's interesting that Apple didn't announce this update on stage, however as AllThingsD adds, the company clearly wanted to center the event around its two new iPhone handsets. If refreshed Apple TV hardware is indeed in the pipeline, it could be that we hear more at an iPad-centric event, which some expect to take place in October. We'll keep you updated with further information as we receive it. In the meantime, see: How To Install iOS 7's Impressive Wallpapers On Your iDevice Right Now, Apple's iPhone 5s, iPhone 5c To Launch With Japan's NTT DoCoMo, and In China, The iPhone 4 Is Apple's True Low-Cost Handset. 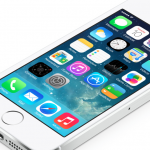 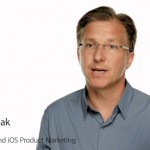