You are using an outdated browser. Please upgrade your browser to improve your experience.
by Aldrin Calimlim
September 16, 2013
Apple has prepared a simple demo app to be used specifically for demonstrating the fingerprint scanning capability of Touch ID in Apple Stores and carrier stores. Touch ID is built into the home button of the new iPhone 5s. This feature offers a quick and secure way to unlock the device from the home button. It can also be used to automatically authorize purchases from the App Store, iTunes Store, and iBookstore. If you can't see the video embedded above, please click here. To show how Touch ID basically works, Apple has designed a demo app that can be used by customers at Apple Stores and carrier stores beginning Sept. 20, the day the iPhone 5s officially becomes avaialble. Mark Gurman of 9to5Mac explains:

Note that the app, which is reset for every new customer, simply gives a demonstration of the setup process for Touch ID. It doesn't enable customers to actually try how the iPhone 5s is unlocked or how purchases are authorized using the feature. Be that as it may, the app seems to be more than enough to enlighten customers about Touch ID's fingerprint scanning capability. In telling customers about the new feature, Apple Store employees have been instructed to point out that up to five fingerprints are supported by Touch ID. They are also encouraged to promote the iPhone 5s' other key features, including its A7 chip with 64-bit architecture, its M7 coprocessor, and its new 8MP iSight camera. 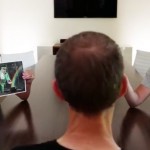 Microsoft Owns Up To Lame iPhone Parody Ads, Says They Were 'Off The Mark' 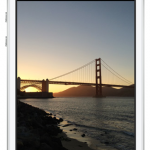 Updated: Camera Burst Mode For iPhone 5, iPhone 4s And More Added In iOS 7 GM
Nothing found :(
Try something else