You are using an outdated browser. Please upgrade your browser to improve your experience.
by Aldrin Calimlim
September 25, 2013
Apple has recently updated its AppleCare+ hardware warranty and support service for iPhone, iPod, and iPad. The updated AppleCare+ allows customers to avail of the service in any country where it is offered, not just in the country where the service plan is purchased. According to TechCrunch, this welcome change was made by Apple around the time the iPhone 5s and the iPhone 5c were announced. TechCrunch explains:

This change means that if you’re traveling with your device, you’re able to get service in another country if you purchased AppleCare+ back at home. Previously, you would have to have that service performed where you purchased the plan if you wanted it to be covered. Note that not all replacement or repair offerings are available in every country, because many countries don’t carry stock in certain iPhone models. The CDMA iPhone 5, for instance, is not available in Brazil and can’t be replaced there.

Under the updated AppleCare+, you can now have your iDevices serviced in the following countries: Austria, Canada, China, France, Germany, Hong Kong, Ireland, Italy, Japan, Netherlands, Singapore, Spain, Switzerland, the United Kingdom, and the United States. Earlier this month, Apple expanded AppleCare+ to cover Europe, albeit with a higher incident fee. At the same time, the service was also made available to the iPod classic and the iPod touch. 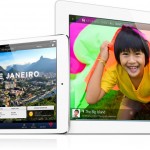 No Half Measures: Apple Decides To Refund 'Breaking Bad' iTunes Season Passes
Nothing found :(
Try something else