You are using an outdated browser. Please upgrade your browser to improve your experience.
by Joe White
September 24, 2013
Prices for Apple's gold iPhone 5s on the secondary market are rocketing. In fact, one eBay user just paid more than $10,000 for an unlocked 16GB gold iPhone 5s. The news comes from Business Insider, who draws our attention to the winning eBay bid of $10,100 for the aforementioned champagne-colored handset. Though this appears to be an extreme case of gold iPhone 5s price inflation, other eBay listings are offering the smartphones for over $4,000, and on the Chinese gray market gold iPhones are costing twice the retail price (at $1,634). On Friday, gold iPhone 5s handsets in the United States were in short supply, with reports indicating that Apple's flagship store in San Francisco, Calif., only had 20 of the coveted models on launch day. Other locations had none, Business Insider adds. That being said, production of the gold iPhone 5s was promptly increased over the weekend, and with most Apple Online Store orders offering dispatch dates of October, it isn't going to be long until the gold smartphones become something of a not-so-uncommon appearance. As such, paying $10,100 for a handset that'll set you back just $199 on contract in a month or so isn't advised. For a lesser price, you could indeed pick up an iPhone 5s handset made of real gold, as Business Insider concludes. See also: MLB.com At Bat Scores Major Update For iOS 7 And This Year's Postseason, No Half Measures: Apple Decides To Refund "Breaking Bad" iTunes Season Passes, and Mailbox Update Fixes Account Reset Issue Likely Due To iOS 7's Background App Refresh. 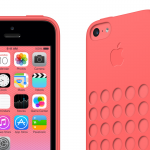 Pretty In Pink: The Most Popular iPhone 5c Models Are Unveiled

A New iPhone 5s Teardown Reveals Just How Little Apple Pays For Each Handset
Nothing found :(
Try something else