You are using an outdated browser. Please upgrade your browser to improve your experience.
by Aldrin Calimlim
September 24, 2013
Apple has decided to refund customers who have purchased an additional Season Pass for "Breaking Bad." This decision comes after the company faced a class action lawsuit over its handling of the final season of the acclaimed crime drama series, which airs on AMC. Apparently, the issue is rooted in AMC's move to split the fifth and final season of "Breaking Bad" into two parts, each with eight episodes. The first part originally aired from July to September last year, and the second part debuted last month and will conclude on Sunday, Sept. 29. But Apple treated each eight-episode arc as a separate season in the iTunes Store, confusingly labeling the first half as "Season 5" and the second half as "The Final Season." This resulted in an additional Season Pass requirement for customers to access the last eight episodes of "Breaking Bad." Subsequently, a class action lawsuit was filed against Apple, claiming that the company had engaged in false advertising. The lawsuit sought full refunds for customers who had purchased "The Final Season" in the iTunes Store. Now, Apple is no longer resorting to "half measures" as it has agreed to issue full refunds to customers who have purchased the additional Season Pass for "Breaking Bad." According to 9to5Mac, the refund is offered through a $22.99 iTunes Store credit sent to each eligible customer via email. Here's a copy of the email sent by Apple, which asserts that the naming of the two halves of the final season of "Breaking Bad" in the iTunes Store is not the company's doing:

Dear Customer, We apologize for any confusion the naming of “Season 5″ and “The Final Season” of Breaking Bad might have caused you. While the names of the seasons and episodes associated with them were not chosen by iTunes, we’d like to offer you “The Final Season” on us by providing you with the iTunes code below in the amount of $22.99. This credit can also be used for any other content on the iTunes Store. Thank you for your purchase.

As it turns out, there'll be no need to "Better Call Saul" anymore. 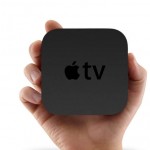