You are using an outdated browser. Please upgrade your browser to improve your experience.
by Dom Esposito
September 10, 2013
If you’re into simple and free Cydia tweaks, you’ll definitely want to check out TapTapFolder. This new tweak will quickly launch the first app within a folder with a single tap. Prior to using TapTapFolder, I didn’t think I had a need for a tweak like this, but over the last few days it’s grown on me. TapTapFolder may come in handy if you use folders to hide unwanted native iOS apps or other apps that you don’t use much. Once installed, create a folder with a few apps, and while in wiggle mode, move an app that you’ll use to the first position in the folder. The folder will now become an instant shortcut to the app in the first position. With a single tap on the folder, you can launch the specified app. Alternatively, you can double tap on the folder to open it. By default the folder will only show the app in the first position instead of the normal six by six preview. Check out our video overview of TapTapFolder:
If you can’t see the above video, please click this link.
Within the Settings app, you’ll find a few options for TapTapFolder. The first option will allow you to reverse the tweak’s tapping behavior and only launch the first app with a double tap. The next option will revert the folders back to the default iOS six by six preview, but this option requires a respring. Finally, you have the ability to set the double tap timeout. TapTapFolder may not be full of features, but it’s these simple tweaks that ensure there are iOS customizations for just about any situation. Currently, TapTapFolder is available for free in the BigBoss repository. For other Cydia tweaks, check out: Customize The Color Of Lock Screen Bulletins With ColorfulBulletins, VideoPane Offers Picture-In-Picture Video For iOS, and MessageRenamer Allows You To Change The Name Of Any Conversation. 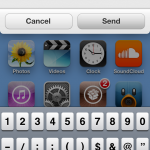 Cydia Tweak: Anemo May Be The Quick Reply Tweak That You've Been Waiting For 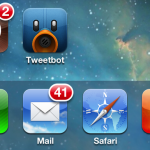 Cydia Tweak: CopyDock Brings The iOS 7 Dock To iOS 6
Nothing found :(
Try something else