You are using an outdated browser. Please upgrade your browser to improve your experience.
by Joe White
September 2, 2013
Though a number of images and videos have claimed to show off Apple's iPhone 5C, the first video purportedly exhibiting the low-cost smartphone running iOS applications has surfaced online. Published by the Chinese website C-Tech, the video (which is embedded below) appears to show a plastic iPhone handset loading Web pages in Safari for iOS. Little else, however, can be deduced from the 50-second video, which is of low-quality and doesn't provide an in-depth look at the anticipated smartphone, save for the external appearance of the handset. For example, the iPhone shown in the video appears to feature a plastic outer shell, and is therefore in line with previous analysis, which has argued that Apple's low-cost smartphone will use a polycarbonate exterior and will be available in a number of different colors. In addition, the handset in C-Tech's video is of similar size to the iPhone 5: Apple is expected to maintain its 4-inch screen size with both its iPhone 5S and iPhone 5C, and as such the smartphone shown in C-Tech's video corroborates with previous rumors in this respect, also. Here's the video, see what you think: http://www.youtube.com/watch?v=RoePMpENTLU&feature=player_embedded

As with previous iPhone 5C images and videos, however, it's impossible to know for sure if the above is genuine. Though industry news and analysis has argued that Apple will release such a handset later this year, we'll know nothing for certain until the Cupertino, Calif. company announces its next-generation iPhones on stage in the coming weeks. 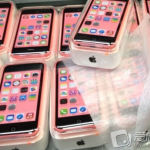 Could This Be Apple's iPhone 5C In The Wild? 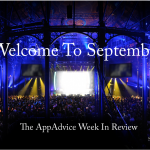 The AppAdvice Week In Review: Let Apple’s Month Long Celebration Begin
Nothing found :(
Try something else